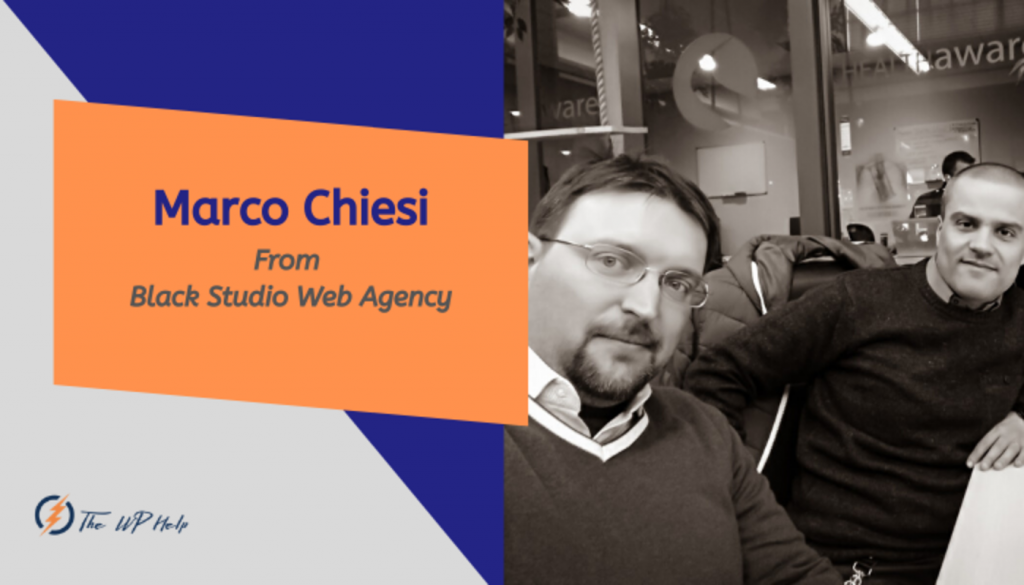 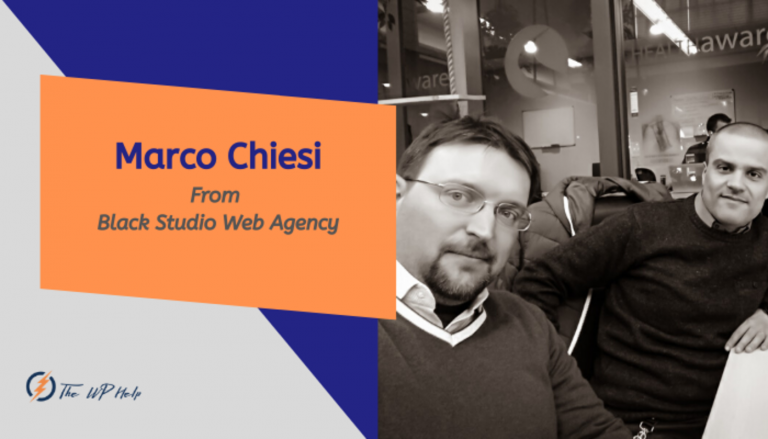 In conversation with Marco Chiesi the Head of Technology at Black Studio an Italian web and communication agency specialized in new technologies, with their popular plugin that Marco developed: Black Studio TinyMCE Widget WordPress users and developers are easily able to work on their websites.

BionicWP: Thank you for taking the time out for this interview Marco. Let’s start off with how it all began. Could you share with us the life decisions and career highlights that led to where you are today?

Marco: It all started when I was a child, in the 80s, with my very first computer (an MSX), with which I began to take the first steps with programming in Basic. After a few years, in the 90s in high school, I became more and more passionate about computer science and programming. In those years I had fun making freeware video games (written in C++), including a Billiards video game that had worldwide success. Thanks to this passion, I decided to study Software Engineering at University.

In those years the Internet was beginning to spread in Italy, and I was literally enraptured by this new technology. In 1998 I made my first website and began to deepen the languages related to the web and to do the first jobs for some friends.

After a short period of one year working as a teacher in the same high school in which I had studied, in 2002 I decided to join my longtime friend Francesco Canovi who had also ventured into the world of the web by opening an agency: Black Studio. After 18 years we are still here and together, although many things have changed over time.

BionicWP: What was the inspiration behind Black Studio TinyMCE Widget? How’d you recognize the need for this plugin in the market?

Marco: At the beginning of our activity (the early 2000s) we tried several approaches for building websites, either developing totally from scratch or using existing CMS, but we were not satisfied with the solutions available at that time, so we decided to develop our own CMS (BlackRay) that we used for dozens of sites. It was already incorporating the wonderful TinyMCE editor.

In 2010 we decided to abandon the development of our own CMS in favor of WordPress, which we knew as a blogging platform, but which in the meantime had become a complete and flexible CMS, thanks to the features introduced. What we appreciated in WordPress was the ease of use for customers and the wide availability of themes and plugins. Moreover, thanks to our previous knowledge, we were able to extend the system to meet our specific needs, developing plugins and themes.

After building a few sites, we identified an annoying limitation: the lack of a Text Widget with a visual editor. We looked for a plugin to solve this problem, but we discovered that very few existed, and none of them was really working. So we decided to develop a new one, and within half a day we already had a working version which was better than the existing ones. Looking on online forums we noticed that there were several people looking for a working solution to the same problem we had, so the decision to publish the plugin in the official WordPress repo was natural as we also wanted to give back a little contribution to the WordPress community, which was giving us so much.

By the way, at WordCamp Europe 2018 in Belgrade, we held a presentation in which we told the story of the plugin and also a little bit about the story of Black Studio.

BionicWP: What are some of your most exciting projects on WordPress that you have done in the past and recent? What are the challenges you face and how did you deal with them? Any interesting memory you would like to share?

Marco: It is difficult to choose also because over time we have worked on hundreds of projects. In general, I find that the most challenging projects from an engineering point of view are those in which it is necessary to build integrations between the website and other software platforms. One of the most interesting (and unusual) projects we worked on was a WordPress-based platform that integrated various external services and powered the artificial intelligence of a chatbot. It was a very ambitious project, made for an important U.S. airport, and for which we also spent a period in the USA.

BionicWP: What information do you usually look for when measuring your business’s marketing impact?

Marco: I’m probably not the right person to ask this question. I am a tech guy, not a marketer. In any case, I think the best strategy is to always do your job with professionalism and dedication, in order to satisfy your customers. Word of mouth is probably still the best form of marketing in our industry. It is very nice when a prospect comes to us because he has heard positive opinions about our agency from someone else.

BionicWP: What were you like as a kid? What hobbies, programs or activities helped you in being who you are today?

Marco: As an only child, I have always been used to playing alone, even though I had many friends. I loved the games where you had to use your brain to build something or to solve a problem (Lego, puzzles, etc). Growing up I became more and more passionate about mathematics, computer science, and technology in general, which basically are all tools used to solve problems. Solving problems is one of the main activities that I still carry out daily in my job. My colleagues call me Mr. Wolf.

BionicWP: Along with being responsible for Black Studio’s IT infrastructure you get to witness the various phases of each project which involves after customer sales as well. Any interesting instance where you got an amazing feedback or went through a situation with a customer where you knew you’re changing lives and doing what you love

Marco: In 2015 we started working also on Codeable, an outsourcing platform dedicated exclusively to WordPress projects. One of the many nice things about Codeable is that customers can leave a written review, which normally does not happen for projects carried out through direct customer contact. One of the reviews that most fits with this question is probably the following one:

“Marco literally saved my project from disaster. He built a custom plugin to help us accomplish a function that no one plugin on the market could handle. We have a huge event in the works and accomplishing this task was mission-critical to pulling off the event. I could not more highly recommend Marco! He met all deadlines and did exactly what he told us he would do.” – Kim Jones

BionicWP: Would you agree that web hosting drives the internet? What are your thoughts about Truly Managed Hosting? How do you compare/contrast it with traditional shared hosting?

Marco: Of course, I agree. Hosting is the foundation on which all Internet-related services are based. In our agency, we prefer to offer our customers (for whom we create websites), a complete package of services that includes hosting and assistance both at the system and application level. In this way, the customer has a single interlocutor for all possible needs or problems that may arise, without being in the midst of the re-liability between the hosting provider and the developers (as it often happens).

BionicWP: Who would you nominate for our next interview?

Marco: I’d like to nominate my friend Enrico Battocchi (@lopo), the author of another incredibly popular WordPress plugin: Duplicate Post. We usually meet each other at Italian and European WordCamps

BionicWP: Could you please share a picture of your workstation with us?

Marco: Sure! See below. 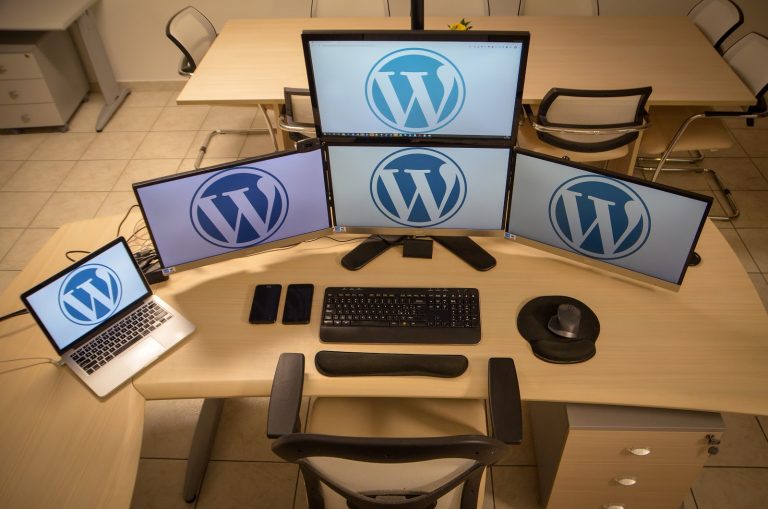 Inspired by Marco? You can show the love and reach out to him on his Twitter!

Get updates and learn from the best

PrevPreviousHow You Can Restore WordPress Site from Backup
NextInterview with Vlad Olaru, Co-founder and CTO at PixelgradeNext

Uh oh, you were using NitroPacks really cool optimization features with Divi to get awesome scores on Google Page Speed and a very high performing

WooCommerce vs OpenCart: Everything You Need To Know in 2021.

Source: Pexels When you start building up an online store, one of the most crucial decisions you have to make is to choose the eCommerce

With such fierce competition in almost every industry, businesses feel obliged towards providing their users with a premium website experience in order to scale their

Premium WordPress hosting for everyone, small or large